HAGGIS comes with editors, to configure and control simulation scenarios in an easy an intuitive way. 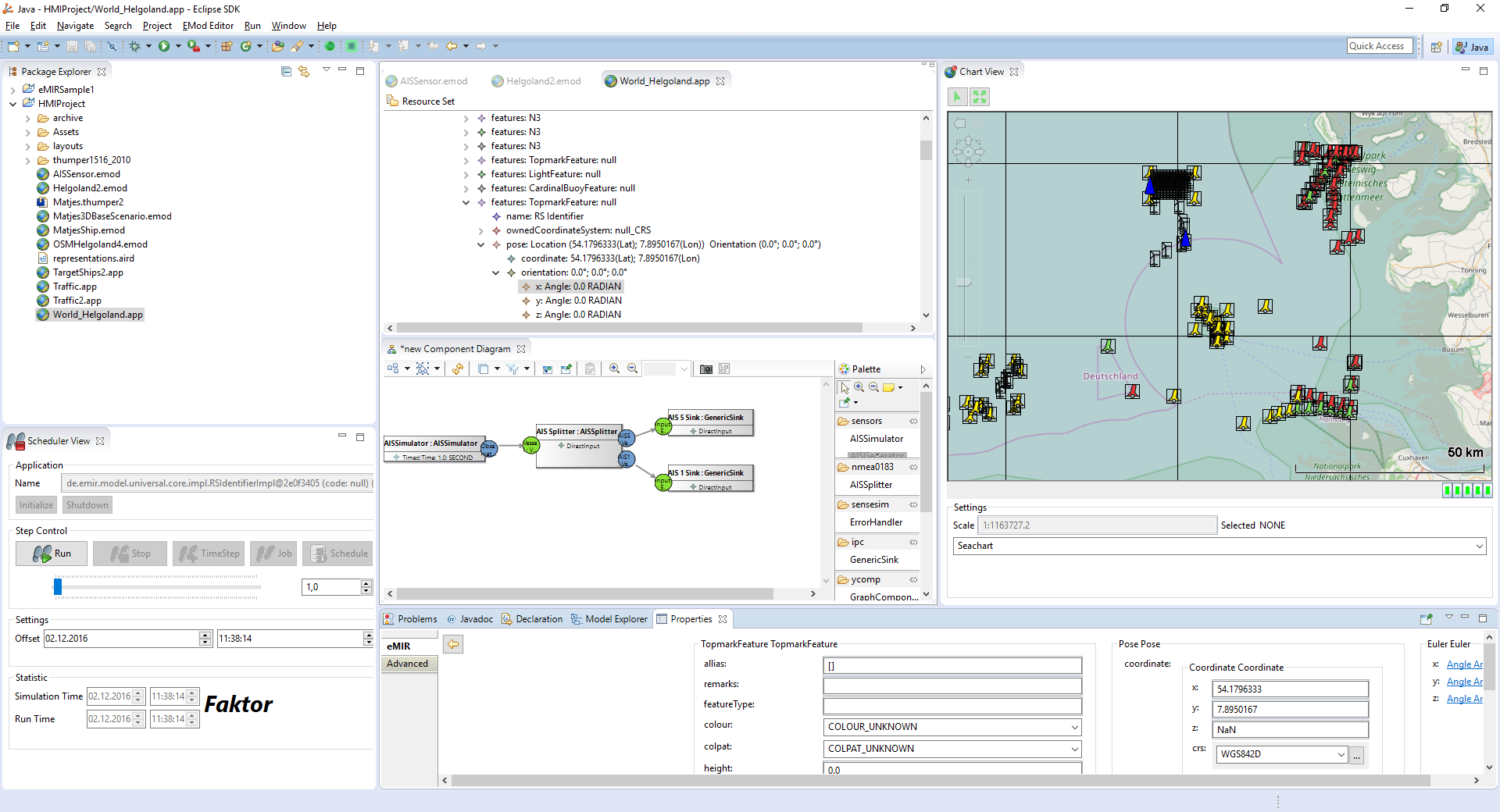 The “World Editor” is an editor that provides a system model to allow setting up a static scene according to a predefined scenario. This system model contains the fundamental components / entities of all used resources, actors and environmental factors. The user is able to load 3D geometric models of e.g. ships. The properties of these objects can be set according to the user´s need.

MOPhisTo is a graphical editor for the modeling of normative maritime work processes, including the individual behavior of different actors in relation to the environment and its dynamics. Normative processes can be defined with a graphical notation as the basis for model-based safety analysis and optimization. The models can be executed, changes of agent states are communicated via HLA to their related objects in the simulation environment.

On 8 February 2019, the Maritime Connectivity Platform Consortium (MCC) was founded during the conference ...

The 9th edition of the e-Navigation Underway International conference will take place from February 6th ...